Games in terms of Transactional Analysis are not necessarily fun. When Eric Berne first used the term Psychological Games in 1964 in his book Games People Play, it was not about people having fun. On the contrary. They can even have serious consequences. In this article you will learn:

In his book "Games People Play" Eric Berne describes an unhealthy pattern of behavior between adults. He names the various dynamics like:

Reading this book helps to increase awareness of the relationship dynamics in personal, family, romantic and social situations.

In my opinion, the book is less suitable for beginners in psychological theories. The writing style is more scientifically oriented. It is aso a bit outdated by now. This is why I'd rather recommend "The Transactional Analysis: An Introduction" by Stewart and Joines.

Nevertheless, it is a standard work whose study can bring the reader closer to Eric Berne. 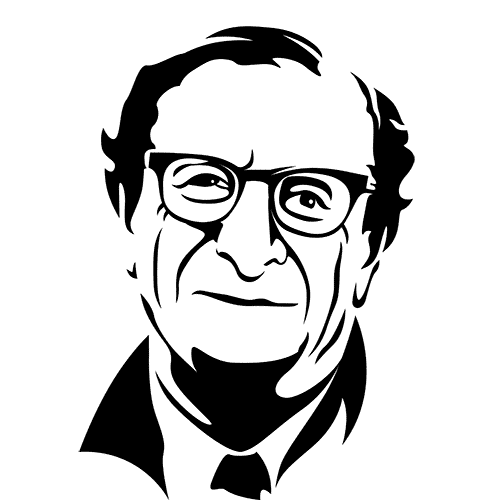 In my online basic course you will get to know the different concepts of Transactional Analysis including games and the drama triangle. Here you can find out more about it.

First, let's look at how the psychological games are defined. Afterwards, we will discuss the reasons, the structure and the characteristics of them.

A game is a fixed sequence with a hidden motive. This may not be accessible to the conscious mind and is revealed only when the participants change their behavior. It causes everyone involved to feel misunderstood or confused.

b) Reasons for Playing Games

"The strongest power in humans is not the survival instinct. It's the habit."

When we play games, we satisfy our needs with familiar, but outdated childhood strategies. Games enable us:

Games follow a certain pattern. This structure is called Games Formula or Formula G. It consists of:

Let's apply this formula: He asks her to proofread a newly written text and is not aware that he actually wants to have positive feedback. He adds: "... but the text is still bad." (1. Con) and like this invites her criticize him. 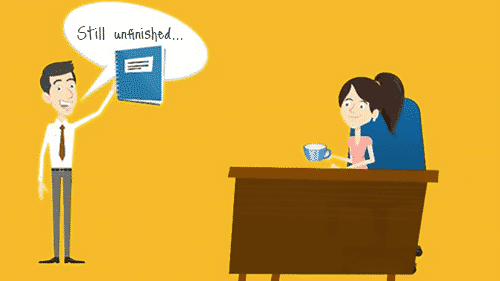 Although the text is "still bad", she accepts the invitation to play (2. Gimmick) and starts her revision.

She criticizes a lot thinking she is helpful and eloquent. He receives the desired feedback (3. Response - both receive intense attention).

After a while, he has enough of te criticism and gets annoyed. His secret wish for recognition remains largely unfulfilled due to his invitation. He also had not expressed it. He changes from the role of the grateful petitioner into the role of the prosecutor and begins to complain: "I have no desire whatsoever for your mean criticism. Give me the text back! " (4. Switch - Role reversal) 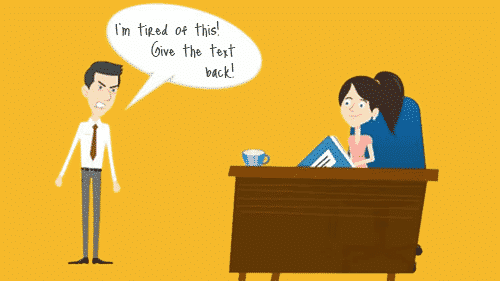 She is visibly surprised by his new behavior. (5. Crossup - Moment of perplexity)

Both receive their payoff in the form of bad feelings and a relationship crisis. (6. Payoff)

The game reward is the result and at the same time the highlight of the game. It usually consists of negative feelings or actions derived from them. In this example: The relationship crisis.

Fights about who is guilty, who started it or who is right, are almost always games.

By the way: Transactional Analysis has more interesting concepts to offer.

The drama triangle is a concept by Stephen Karpman, which is often used to analyze games due to its clarity and simplicity. You will receive drama triangle exercises so you can start putting the theory into practice.

The drama triangle is a triangle that is upside down. It has the positions:

Rescuers and persecutor are on top as the seemingly strong. The victim is positioned below and seemingly weak. But without the victim, adult games would not work. The tricky thing about the triangle is that players change roles after a while. This often causes the previous distribution of power to tilt. People who occupy the victim's position, surprisingly often manage to occupy the persecutor or rescuer position after a change of roles.

Everyone has a so-called favorite position in the triangle. It is the role you are most familiar with and with which you usually enter the drama. The following exercise will give you an idea of what your favorite role in the drama triangle might be.

Once you know your favorite role, you have the opportunity to develop antennas for any game invitation. For example, if you are prone to occupy the rescuer role, your inner game sensor can jump on if someone acts seemingly weak.

Let's see what our options are to step out of a game that has already started. In general you can step out of the game at any given time. Did you get caught in a game that someone else is playing with you? You can do something different from what he or she is expecting.

But you should opt for an alternative that is not on the drama triangle. You can find this out by asking:

“What do I actually really want at this moment?”

Take your time - think and feel what exactly is happening in your body at this moment.

If you realize at the moment of role change that you have gotten into a game, you can do without the negative payoff. You can praise yourself, for example. You were smart enough to notice that you got into a game. The time of reflection has paid off.

One could also switch to intimacy at the moment of the role reversal. For example: He has been teasing his girlfriend for a while. He started in the persecutor position and she in the victim position. The moment she takes on the role of the persecutor, he is actually invited to the victim position. He might say, "Oh, now I realize what's going on here. I'm joking because I really want attention. Now we are arguing, but I actually just want your affection. Can we still change that? "

Once you've learned how to analyze games, you can simply ignore invitations and stick to what it's all about.