Psychological Games - How to Identify Them with Transactional Analysis

If you are highly likely to conflict with someone, you can be sure that you are involved in something that Transactional Analysis calls a "game". Psychological games have nothing to do with games children play, they are also no laughing matter. On the contrary. I'll explain this more in detail later. 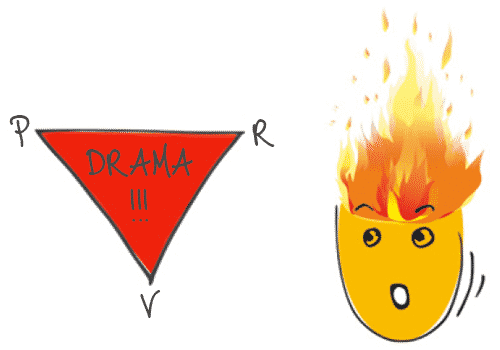 But first, let me give you an example:

The other day I gave a friend a text I had written to read. I wanted to have his feedback. I told him that the text was still unfinished and bad. He began to read and criticized all kinds of things. I realized how I started to get angry about it. Finally it was enough for me and I began to complain about my friend's many criticisms. He looked at me completely puzzled and did not understand what was going on. I had asked him to do exactly that - criticize my text. In the end, we were both annoyed - me due to his criticism and he because he had agreed to read the text in the first place.

1. How Psychological Games are Built

The term psychological game refers to a sequences of "hidden transactions" that have a predictable outcome. A covert transaction is a statement with an ambiguity. There is a different message in the tone than in the words. Here is a video on hidden transactions:

Let's connect the above pattern to the example: 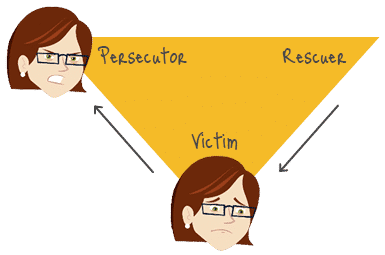 Typical change of roles in the end of a game. I switched from a victim to a persecutor position, my friend from rescuer to victim position.

If you want to know more about changing roles, look at my article on the drama triangle.

It's often not easy to realize that you are in the middle of playing a game. With this type of games you may also unconsciously advance your life script Transactional Analysis. In order to leave a game or not even enter into a game, knowing about these kinds of games is essential. It also helps to reflect one's own behavior. When I started dealing with psychological games I was only able to see that I had already played games before. Thus, I had often already experienced a negative payoff. Over time, I recognized the pattern earlier and could then interrupt it - interstingly, you can exit at any point in the game.

3. How you Can Avoid Psychological Games

A classic included in the book is the "yes, but" game: A help seeker asks someone for advice on a problem. The other person appreciates the attention and gives one well-intentioned advice after another, but after each advice a "Yes, but..." from the help seeking person follows with a seemingly fitting counter-argument: The exchange goes well until the counselor has no more ideas. Now both feel bad, the person seeking help because they did not get any help and the counselor because they couldn't help.

But Transactional Analysis also offers ways out of games. Here are a few options:

The example of my friend and I was a bit different in reality. I realized how annoyed I was, interrupted the communication and analyzed the situation. I asked myself what exactly I wanted from my friend. I noticed that in addition to the criticism, I had also hoped for praise for my good ideas. I told my friend and he promptly gave it to me. I could now understand his criticism much better, because he had told me what he liked as well. My anger was gone and we avoided a game payout in the form of negative emotions. Thank you Transactional Analysis!